I consider paella to be the ultimate party food. The entire process from making to eating begs for people to be involved in the process, while drinking some good Spanish wine, of course! This paella recipe has some heat. And, it’s just as good vegetarian as it is as with meat. 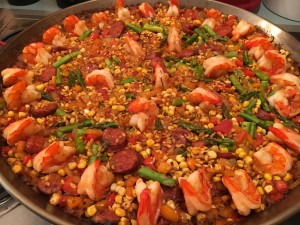 To prepare the broth, remove stem and seeds from chile. Combine the chile, cumin, cinnamon, and 2 garlic cloves in a food processor; process until minced. Combine chile mixture and broth in a saucepan. Bring to a simmer (do not boil). Keep warm over low heat. 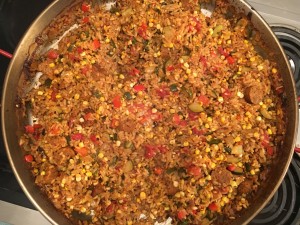