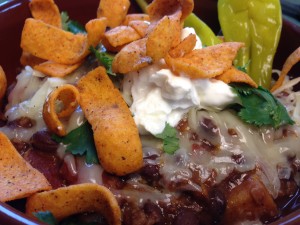 Chili, winter and football Sundays just go together. Football is over for the season (Go Hawks!) but winter remains so we decided to try a new recipe while hanging at home on President’s Day weekend. This vegetarian chili recipe has been on my list to try for some time now but I kept putting it off because it included cooking dried black beans, which take forever. I don’t have time, and don’t plan enough ahead, to make that happen so I changed this recipe to use canned black beans instead. It came out a winner. It’s easy to make. Other than cutting up some onion, it’s really just throwing together some spices, opening some cans and a package of butternut squash from Costco.

Pre-heat oven to 400 deg. Place butternut squash on a baking sheet and drizzle with olive oil, sprinkle with cumin and chili powder. Roast until soft or about 15-20 minutes, stirring occasionally.

Stir squash and bulgur into chili. Simmer uncovered over medium-low heat until squash and bulgur are tender, about 30 minutes. Season to taste with salt and pepper. Divide chili among bowls. Serve with your choice of toppings like sour cream, cheese, red onion, cilantro, and  jalapeños and FRITOS®. Serves 6-8 depending on how hungry everyone is. 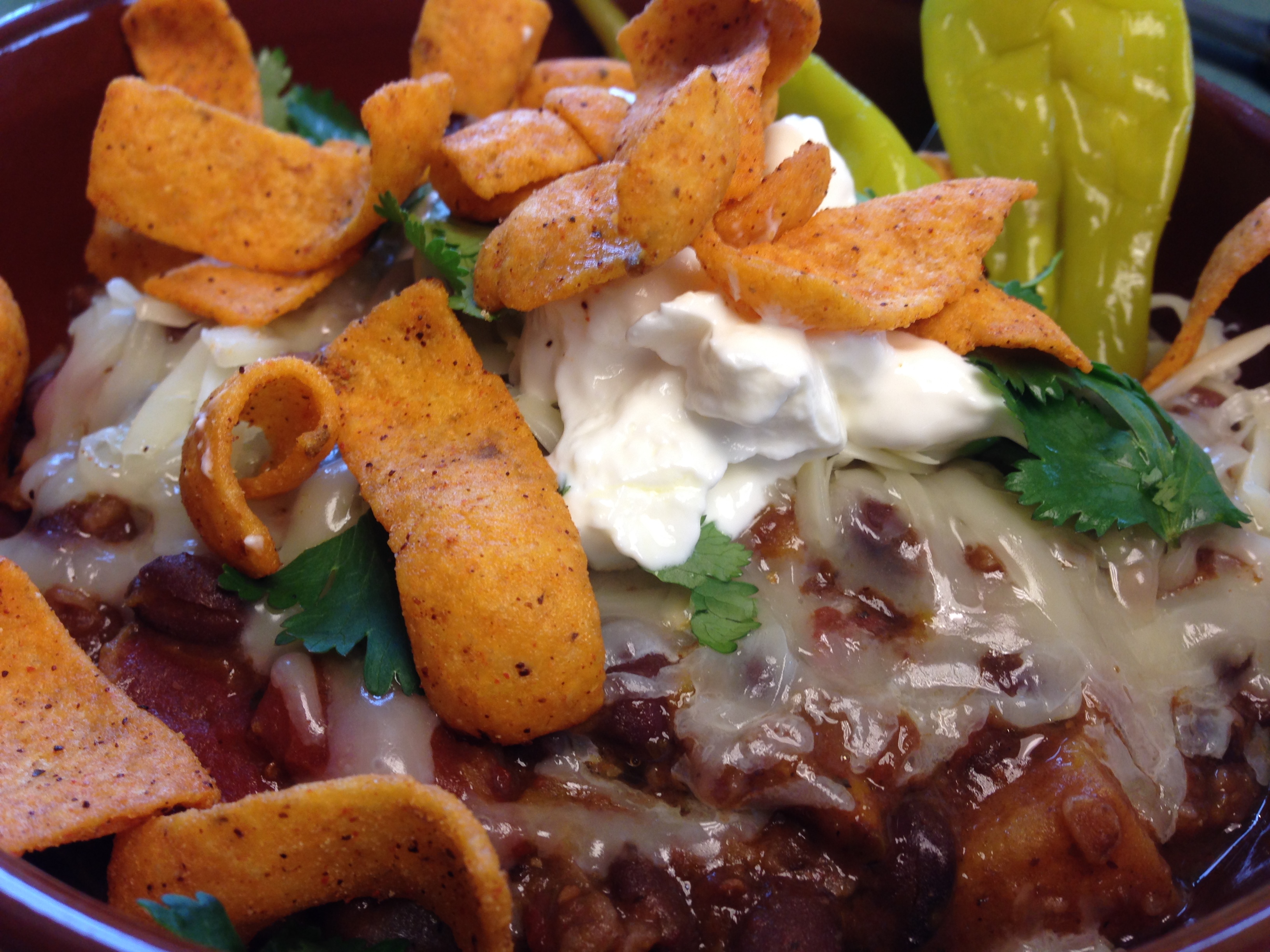